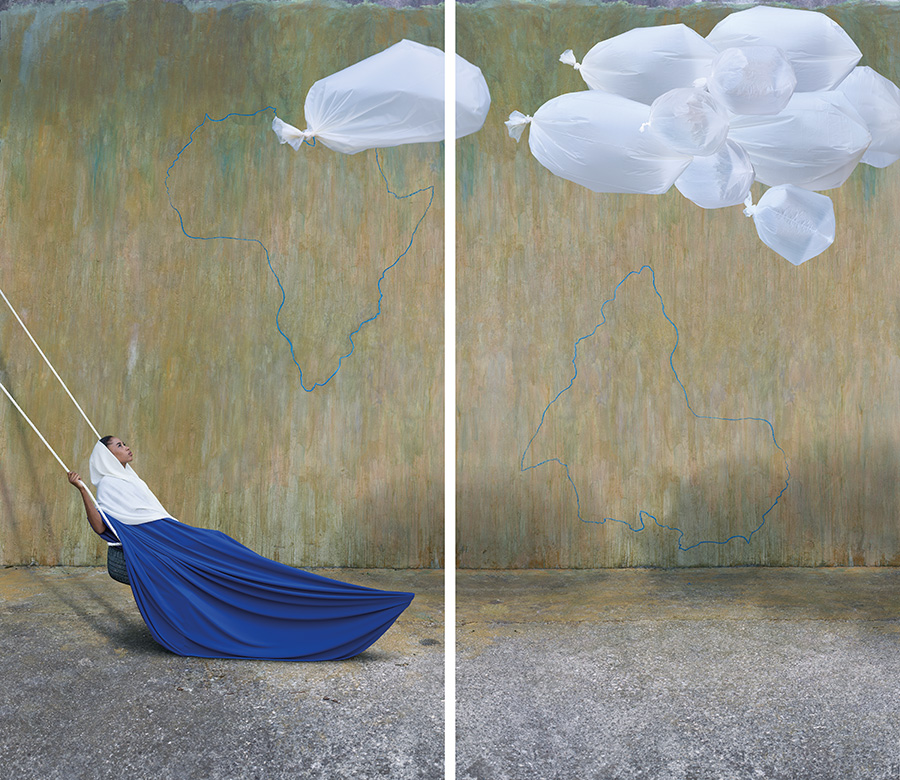 From 14 November 2019 to the 18 January 2020, the gallery Yards of Image in Milan hosts the largest solo show ever made in Italy of the Italian-Senegalese Maïmouna Guerresi (Vicenza, 1951, currently lives and works between Italy and Senegal), edited by Silvia Cirelli.

Very well known internationally, Maïmouna Guerresi is among the protagonists of the current Lagos Photo Festival, as well as being included in the Modest Fashion collective at the Stedelijk Museum Schiedam. Called to exhibit in prestigious museums such as the LACMA Museum in Los Angeles, Institute du Monde Arabe IMA and the Cultural Institute of Islam ICI in Paris, the KIASMA Museum of Contemporary Art in Helsinki, il National Museum of Sharjah, the National Museum of Bamako or the MACAAL Museum in Marrakech; his works are part of large public collections such as those of the Smithsonian African Art Museum in Washington, the LACMA Museum in Los Angeles or the M.I.A Minneapolis Institute of Art.

A multifaceted artist with an incisive poetic force, Maïmouna Guerresi constantly relates to current issues such as identity and multiculturalism, creating an allusive dialogue between European and African cultures. By mixing personal ingredients with testimonies of reality, Guerresi explores the multiple variety of stylistic languages ​​- from video to installation, from photography to sculpture - tracing a narrative path that finds in the exaltation of spirituality, the primary search engine. In the experimentation of a universal humanity, where harmony between different cultures and faiths takes the place of fear and deaf denial, the artist conquers an expressive audacity full of seductive symbolism and aesthetic contemplations.

The exhibition presented in Milan, by title SPIRIT / SOUL, retraces the distinctive features of his vast artistic career, placing the emphasis on a hybrid lexical register, combination of mystical references, cultural metaphors and thaumaturgical influences. The very choice of the title - Arabic spirit means "inner spirit" - contextualizes a narrative approach that absorbs an accentuated contemplative sensitivity, always the guiding thread of the poetic synthesis of Maïmouna Guerresi. In the urge to internalize and then reveal the artistic message, the symbology of the body becomes an allegory of the interior dimension: the body as a meeting place for different faiths, the body as a manifestation of human strength, the body as a sacred abode of an ever-changing transformation.
Gestures, chromatism, choice of clothes and scenarios, they construct an instant immortalized in its complex elaboration, an instant that gives the characters in the shots an almost ethereal monumentality, suspended between reality and transcendence.

The juxtaposition of the object, its use and its cultural significance has always been essential in the artist's visionary world and is confronted with the references to the belief sufi, a specific Muslim practice with a mystical and ascetic character that places man at the center of the universe, in direct relationship with the divine. This search for intimate dialogue with the divine, claims the importance of natural elements such as the symbolism of the tree or branch, which become a metaphysical bridge between heaven and earth; but it is also surprising for the use of swings, trampolines or bags inflated with air, metaphors of a suspension process, lifting from the ground.
On the absoluteness of the constant passage between earthly energy and inner contemplation, the artist projects his own cultural plot, a plot that on the evolutionary concept of human vulnerability, builds its own legitimacy. 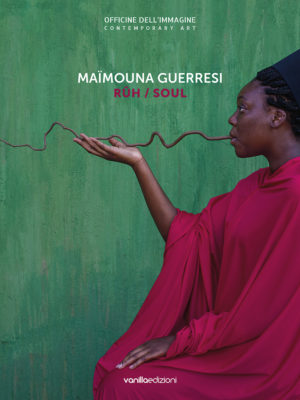 Catalog: Vanillaedizioni, 64 pages (with a critical text by Silvia Cirelli and an interview with the artist by Manuela De Leonardis)

Presentation of the monograph GENERATION BEYOND by Andrea Marchesini