Andrea Bianconi was born in Arzignano (WE) in 1974.
Lives and works in Brooklyn (NEW) and Vicenza (Italy).

His work ranges from different artistic forms of performance, painting and sculpture with exhibitions in public museums and private spaces all over the world.

The latest project of the 2020, SIT DOWN TO HAVE AN IDEA departed from Bologna on the occasion of Arte Fiera, has contaminated twenty-four places in the city with as many artist armchairs available to the public.

The project continued in the Duse Theater in Bologna, in the Little Dolomites with the installation of a work on Cima Carega, in Tropea, in Colletta di Castelbianco and Chiampo.

In 2019 in the prison of San Vittore, a Milano, performs in the performance "How to build a direction", a touching performance made with the CETEC theater company Dentro / Fuori San Vittore, which includes some inmates.

In the same year in Houston, in Texas, in the spaces of the Barbara Davis Gallery, gave life to the exhibition “Breakthrough”, which wins first place among the "The brightest exhibitions of the new season" in the article by Meredith Mendelsohn, New York Times critique. The Barbara Davis Gallery, prestigious American gallery, represents Andrea Bianconi in the US for over 10 years organizing a solo exhibition dedicated to the artist every year.

In 2018 he was the first Italian artist invited to Davos (Swiss), during the 48th edition of the World Economic Forum to present his performance to heads of state around the world “Voice to the Nature”, a complaint about the ongoing ecocide to remind world leaders of the urgent need to act "now and not later" for the well-being of the planet.

The CAMEC of La Spezia invited him for a great solo show with a huge success of visitors. Other performances and exhibitions have seen him protagonist at the VestfossenKunstlaboratorium (Norway), at the Alessandro Bagnai Gallery in Foiano della Chiana (Arezzo), at the New Morone Gallery (Milan), in Palermo in the Crypt of the Church of Santa Maria del Piliere.

He recently exhibited at the MSK Museum of Fine Arts in Ghent (Belgium), and participated in the 5th Moscow Biennial with a public performance in Red Square, the Kremlin and the Manege and with a wall installation at the Manege.

He has made numerous public art performances such as The dream sings on one string (2021) for the World Poetry Day in the Navigli of Milan at the Spazio Alda Merini on the day in which the poetess would have completed 90 years; Summer Night Series, Union Square NYC; Italian Cultural Institute, NYC; Postcard People, Hudson Valley Center for Contemporary Art (HVCCA), NEW; The Chinese Umbrella Hat Project (Part I), Wujiang Rd West Nanjing Rd, Shanghai, China e (Part II), Piazza San Marco, Venice.

In 2016 Silvana Editoriale has published the monograph on 10 years of artist performance "Andrea Bianconi Performance 2006-2016".

In 2017 AmC Coppola public collection “SOLO”, a monograph with an interview by the international curator Catherine De Zegher.

In the same year he was present at the Bianconi Gallery in Milan in the exhibition "Partiture Visive" curated by Vittoria Coen and in the exhibition at Palazzo Bernaroli in Bologna entitled P-Art-Y. In 2018 exhibits at the Archiginnasio of Bologna. 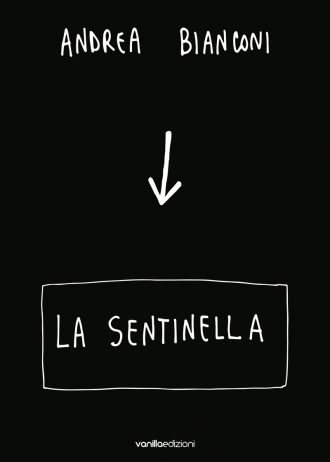