Mario Sughi (nerosunero) he began drawing and painting as a child under the guidance of his father, the painter, Alberto Sughi. At the end of the seventies he went to live in Rome where he published his first illustrations in the satire magazines "Il Male" and "Zut" and graduated, in 1986, in Art and History at La Sapienza University. Three years later he moved to Dublin where in 1995 completes a doctorate in medieval history from Trinity College. In 1996 follows for the Irish Manuscripts Commission at Queen's University, Belfast, the edition of a medieval text in Latin. Upon his return to Dublin he worked as an illustrator for a company of archaeologists, starting to experiment with digital drawing techniques.
In 2007 finally decides to devote himself solely to his career as an artist. That year he participated in a first collective exhibition, at the Loft Gallery in Dublin, which will be followed by the first personal exhibitions: Green Room, Manchester (2010), Exchange Gallery e The Complex Studios, Dublin (2011). In 2011 his works are presented at the Italian Cultural Institute in Dublin, as part of the 54th Venice Biennale, The Italian Pavilion in the World.
Later personal exhibitions are dedicated to him in Waterford (2012), Rome (2012), Vicenza (2013), Mannheim (2014 & 2015), Aberdeen (2016), Turin (2016) Athlone (2017), Drogheda (2017), Rome (2018) and Forlì (2020) and is invited to participate in eight exhibitions of Irish Art at the Royal Hibernian Academy in Dublin (2012-2019). His work was also installed at Dublin Airport (2011), al NHOW Hotel (Milan 2013), he Grosby Park (Dublin 2015) and the Raheny Public Library (Dublin 2016) and included in public and private collections, including the Municipal Gallery in Waterford, the Cassino Museum of Contemporary Art (CAMUSAC) e l’Absolute Art Collection.
As an illustrator he recently designed the covers of the latest Sally Rooney novels (Ordinary people), Domenico Starnone (Confidence) e David Nicholls (A day and Such a sweet pain), for the Italian publishing houses Einaudi and Neri Pozza. 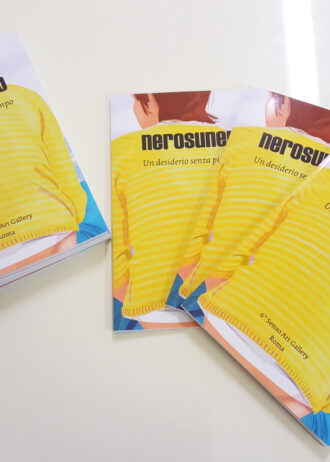 Mario Sughi. A place to rest 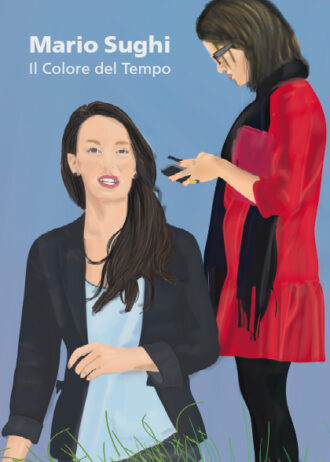 MARIO SAUCES. The Color of Time